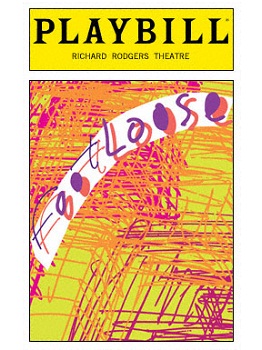 Playbill has reported that Kenny Ortega will not be directing the Footloose movie musical. This follows the news that Chace Crawford will be replacing Zac Efron in the lead frole of Ren in the film.

Variety reports that Ortega and Paramount Pictures could not come to agreement on the tone or budget of the remake. Ortega reportedly sought a $30 million budget for the film that would employ elaborate musical numbers, while Paramount production chief Adam Goodman saw the project as an edgy drama with less emphasis on the songs and coming in at under $25 million… Paramount is currently seeking a replacement to direct “Footloose,” which is still on track to begin filming in March of 2010.

Academy Award-nominated screenwriter Susannah Grant… has penned the latest adaptation of Footloose…. Previous reports stated that new songs are being written for the Footloose remake, which will also include many of the hits from the original, including “Let’s Hear It for the Boy,” “Almost Paradise,” “Holding Out for a Hero” and the title track.

I guess this means that Paramount wants a remake more in the style of Fame, a remake of the original film rather than an adaptation of the stage musical. In that case, why bother?